Mark Fletcher was elected the MP for Bolsover in 2019. He grew up in Doncaster and had a difficult life growing up. He got into politics to make a real difference and make sure opportunity is spread to everyone no matter where you grew up.

Coming from a state school background, he was the first member of my family to go to university and had the opportunity to attend Cambridge and then on go to work in Westminster. As the Chief of Staff to the Prime Minister’s Trade Envoy to Uganda and Rwanda, Mark spent years promoting Britain and international development in Africa. Mark then worked on innovation in healthcare therefore understands the great challenges that face the NHS and knows the need for creative thinking to meet them.

Mark believes in a compassionate politics driven by his working-class British values. In 2016, he voted to leave the European Union as he believes power must be accountable to the people. In Parliament he is a member of a number of All-Party Parliamentary Groups (APPGs) such as Domestic Abuse, our Regional Economy, and his own personal passion: British wrestling. Additionally, in July 2020, Mark was appointed Parliamentary Private Secretary to Secretary of State for Business Energy and Industrial Strategy. 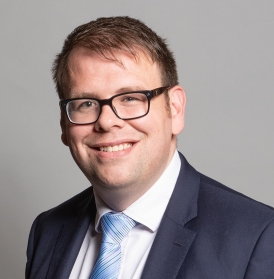