She has over 24 years bilateral, public, government and private sector experiences: the World Bank, the UK Department for International Development, Research Fellow at the University of London, Analyst at the European Bank for Reconstruction & Development and Advisor of the All Party Parliamentary Group on Central Asia in the House of Lords.

She is an advisor to the Wonder Foundation Charity. Bota holds a Master’s degree in International Health Policy and Planning from the London School of Economics and Political Science and diploma of the CCF Impact and Institute of Leadership and Management in Geneva. Bota's research article in the International Journal of Health Planning and Management has been marked among top 100 UN publications in 2004. Bota has contributed to the "EBRD Transitional Report" in 2007.

Bota and Maxat Yessen, Co-Founders of the CF Eurasia, have raised £10k for Women2Win in 2019. 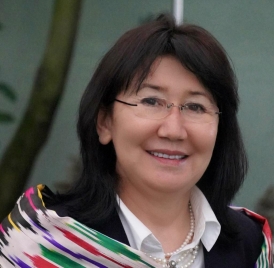