After several years working as a development economist in underdeveloped countries, he specialised in the energy industries becoming a Partner of a leading City firm.  Elected to Parliament in 1983, he became a Treasury Minister in 1987. He was a Cabinet minister in the governments of Margaret Thatcher and John Major, serving as Trade and Industry Secretary from July 1990 to April 1992, and as Social Security Secretary from April 1992 to May 1997, when he introduced Incapacity Benefit. He was Shadow chancellor, then Deputy Leader of the Conservative Party responsible for policy renewal until 2000.  Author of works on many topical issues he was appointed Chair of the Globalisation and Global Poverty Commission by David Cameron and chaired the Committee of Both Houses on Financial Services Legislation after the banking crisis.  A member of the Select Committees on Energy and Climate Change and then on Exiting the European Union.  He was Co-Chair of the Uzbek British Trade and Industry Council until 2014.   He left the Commons in 2017 and became a member of the House of Lords in 2018. 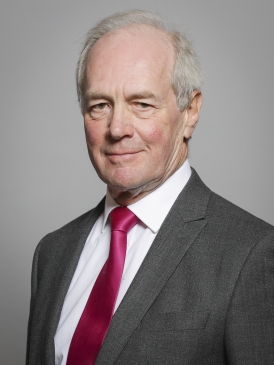