Nickie Aiken was first elected to Parliament in December 2019.

Nickie has lived in the Cities of London and Westminster for more than 20 years. She lived in the Barbican in the heart of the City of London before moving to Pimlico. Married to Alex, they have two teenage children.

Before entering politics, Nickie had a successful career in public relations and communications.

Under Nickie’s leadership, Westminster began the largest council home building programme for a generation, providing over 2,000 new affordable and social rented homes. Alongside this Nickie introduced reforms to the planning system, making it more open and transparent, focused on giving local people a greater and earlier voice in the planning process. Nickie also launched the #DontBeIdle campaign, looking to improve air quality by encouraging idling vehicles to turn off their engines.

Under her leadership, the Council pioneered a Voluntary Contribution Initiative, allowing the wealthiest residents of Westminster to choose to donate to a ring-fenced community fund focused improving young people’s life chances, tackling loneliness among the elderly and helping the homeless.

As Leader of Westminster City Council, Nickie also sat on the Executive Board of London Councils. On the board Nickie was London’s Education and Children’s Services Lead and Shadow Lead for Policing, focusing on the safeguarding implications around county lines drug gangs. Nickie stood down as Leader of the Council after the 2019 General Election.

As an MP, Nickie works closely with the City of London Corporation and Westminster City Council to continue to make the Two Cities the best place to live, work, raise a family or start a business.

Nickie aims to protect the international standing of the Corporation of London on the global financial and professional services stage as well as Westminster’s position as the UK’s cultural heart.

Between April 2020 and December 2020 Nickie served as Parliamentary Private Secretary to the Ministerial Team at the Department for Housing, Communities and Local Government. In December 2020, Nickie was promoted to the position of Vice Chair of the Conservative Party for Women and Affiliate Groups. 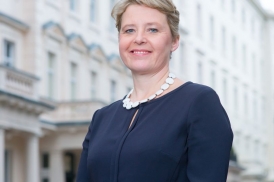