Paul Scully is a founding member of the Conservative Friends of EurasiaPaul Scully has been an MP for Sutton and Cheam since 2015. Having lived in Sutton for 28 years, he was previously the Parliamentary Assistant to Alok Sharma MP between 2010 and 2012.

Paul is a member of the Petitions Committee and the All-Party Parliamentary Group for London, which looks at issues such as housing and transport across the capital. Since being elected, he has also got involved in issues relating to Burma, Tamils and the British Curry Catering Industry.

Paul Scully was appointed Parliamentary Under Secretary of State in the Department for Business, Energy and Industrial Strategy and Minister for London on 13 February 2020.

Paul assumed his role as Minister for London in February 2020.

He is a founding partner of Nudge Factory Ltd, is married and has two children- both of whom were born in the local St Helier Hospital and educated in Sutton schools.

Paul prides himself on understanding local issues that concern his constituents; as he puts it, 'I shop in the same shops and drive on the same roads." A regular volunteer at St Helier Hospital, a school governor, a governor at SCOLA  and a former Councillor in Sutton, he has a record of standing up for local people.

His plan to secure a better future for Sutton, Cheam & Worcester Park focuses on safeguarding opportunities for the next generation, ensuring hardworking families feel financially secure, and protecting local services to give residents the peace of mind they deserve. These values are at the core of what drives him to help his constituents. 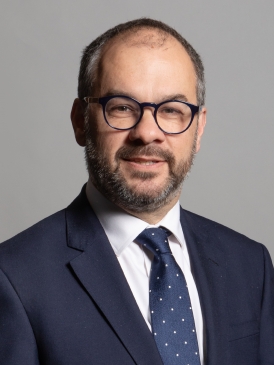